Super Worms is a tiny 3D racing game for the PC. The game can be played by either one player or two players simultaneously (split screen). The objective is to drive your worm around the tracks as fast as you can to win the race, but there are also other ways to win. On each track you will find white balloons. These contain all kinds of items, which you can use to slow down your opponents! 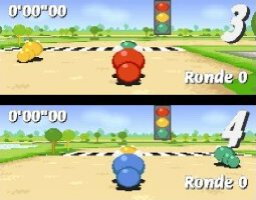 But there is more than only racing, Super Worms also has a special battle game for two players. To win this game, you must try to use the available items to knock out your opponent. Each time you are hit, your worm loses one of its segments. 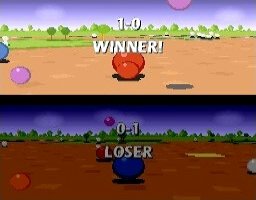 The game was originally written for DOS, but can still be played in DOSBox.

The game supports joysticks or keyboard, the keys are:

This game has a user manual page:

The game starts out as the shareware version. By entering your personal registration code, you can convert it to the full game. 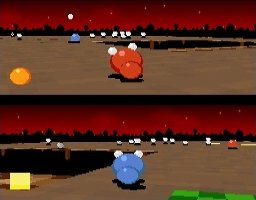 Please make sure you are able to run the game before buying it.